What is Dead Sea Salt?

Dead Sea Salt is a natural salt derived from the dead sea in Israel. It has been a highly valued mineral for centuries, dating far back to biblical times.
It differs from the normal table salt in its mineral composition. Table salt is composed majorly of sodium chloride. In contrast, dead sea salt has a lower composition of sodium chloride, and a higher composition of other minerals such as magnesium, potassium, calcium, and a host of others.

Dead Sea Salt is often used as a key ingredient in several beauty products such as body scrubs, shampoos, and body washes. 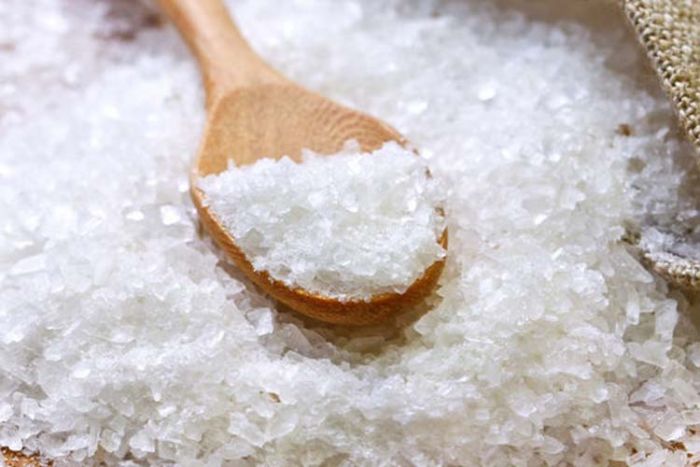 Dead sea salt contains high amounts of magnesium which helps to strengthen the skin’s barrier. Skin with a strengthened barrier hold locks in moisture more effectively. Hence, dead sea salt helps to improve the hydration of the skin, especially if the skin is dry.

It is not uncommon to use salts as exfoliating agents, however, dead sea salt is known as a potent exfoliator. Compared to other salts, it has the added advantage of infusing the skin with several helpful minerals as it sloughs off dead skin cells. This can help the skin have a refreshed and have a healthy glow.

Dead sea salt has been used to manage several skin conditions for years. Such skin conditions include psoriasis, eczema, and more recently, topical steroid withdrawal (according to anecdotal evidence from various TSW community groups). It helps these conditions because of its potent combination of minerals helps to improve hydration and reduce inflammation. It can help to reduce itchiness as the skin is more hydrated and less inflamed.

How to use Dead Sea Salt

To use dead sea salt for topical steroid withdrawal, the most common way is to have a bath with pure dead sea salt and water. All that is required is a cup of salt poured into a tub of bathwater.

Dead sea salt is a natural ingredient with a plethora of benefits for the skin. With its effects on hydration and reduction of inflammation, it is often used as a key ingredient in several beauty products. Within the TSW community, many choose to incorporate it into their bathing process.